KES Old Boy, Steve Jaspan, former South African National Player and former President of the South African Hockey Association has received the FIH (International Hockey Federation) highest honour- becoming a ‘Member of Honour’ for his outstanding contribution and services to World Hockey over the past 25 years. During this time he served on the FIH Council, Executive Board, Chaired and served on numerous committees and working groups.

He is the first South African to win this award of which there are only 6 living recipients.
This follows his 2002 award of the FIH Order of Merit for more than 10 years of ‘distinguished and exceptional service to hockey’ and his 2015 Award as Member of Honour from the African Hockey Federation for his exceptional contribution and service over 25 years to African Hockey.

Congratulations Steve, your School applauds your fine achievement and recognition of all your hard work. 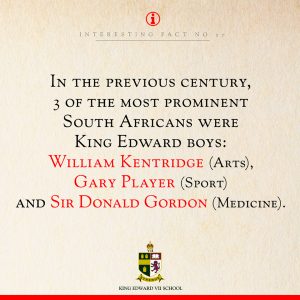